Below is my 5th blog of Italy. Check out the video, pictures, and if you feel inclined, read the details I wrote about my experience Abroad!

For this blog I decided to combine a lot of trips from several different weekends, and photographs, all into one video, to make it easy for you to view all of the experiences and photographic captures at once. In the order of the video I start by going to Milan, then to Cinque Terre, Switzerland, Spain, and finish with a Tuscany tour with our creative writing teacher, Jeff. In reality, the Tuscany tour took place first, and the trips that followed were in the correct order. I just decided to put the Tuscany tour at the end of the video instead of the beginning because I liked the way the video flowed. So, instead of several five minute videos I just made one 13 minute video which is composed of amazing photographs and fun video of the experiences throughout these many weekends in Europe. Check it out below and I hope you enjoy.

Milan:
On March 21, Friday, we left on the bus from Siena to Florence, which is one hour, then took the Frecciarossa train from Florence to Milan which was about another two and a half hours. When we arrived, we first looked for a hotel to check into, and finally found one that was within our budget. After that, we made our way to the Duomo and looked inside at the amazing, beautiful interior of the huge church that dominates the city. We then made our way to the top of the church, and explored the views from the roof of the magnificent Duomo. It’s one of the latest, modern Gothic churches ever built, and as a result, the appearance of the exterior and interior resemble this time period and art style. Afterwords, we explored the fashion streets of Milan and took in the true fashion sense that Milan is known for all over the world. The next day we took the train to Lake Como and then we took a boat from the bottom of the lake closer towards the middle of the lake. We were basically the only people on the boat the entire time because the weather was not very good. The last day, Sunday, we went through one of the biggest parts I’ve ever seen, the Central Park of Milan, and explored the castle at the end of the park. During the late afternoon, we boarded a 5 hour bus this time, to take us all the way back to Siena. Between the fog riddled mountains, and sunset grazed landscape, I felt as though we were halfway between a Jurassic Park scene and a made-up dream. It was by far away, one of the most amazing drives during my entire time in Italy. We made it home just before midnight, and were ready for school the next morning.

Cinque Terre:
Several weeks later, after I had the spring break Tuscany challenge in my Fiat 500, we went on an amazing four-day trip to Cinque Terre. On Thursday, April 24, we left at 10:30 in the morning by train from Siena to La Spezia. La Spezia is the city closest to the Cinque Terre, and where you change trains. I got our group a special weekend pass, which allowed us to use the trains between the cities for three days at a lower rate than purchasing 24 hour ticket each day. We checked into our hotel in the first of the five cities, Riomaggiore. Cinque Terre means five lands in italian, and is made up of five different brightly-colored-home cities, all accessible by train or by foot. However, even if we had the time to hike between the cities, the trails were closed due to flooding and erosion. I planned out the perfect locations to be at sunset each of the four days, and lead our group to those spots at the perfect time for the most amazing photographs during our weekend. All five cities have their own unique personalities, making the Cinque Terre area one of my all-time favorite places to experience and enjoy. Spending evenings on the rocky shore, listening to the waves crash, and watching the cities slowly turn on their lights, was a magical experience in itself. However, there was a major problem. I had accidentally forgotten to bring my battery charger for my camera, and after only the first day I had used up almost the whole battery. Fortunately there were other students planning to come to the same city the next morning, so I frantically contacted them and ask them if they could meet up with my host family to get my battery charger. Luckily it worked out perfectly that my host father had to go into Siena to pick up his daughter, and at that time he dropped off my battery charger with one of the people that was planning to come to Cinque Terre the next morning. However, the next morning I could not seem to get cell phone reception anywhere, and went most of the morning not knowing if I would ever see my friends and my battery charger. But again, magic occurred, and I actually ran into them at a restaurant on one of the other cities around lunchtime. I immediately charged up my batteries, and could breathe for the first time knowing that I had not come all this way and would waste my photographic opportunity. A big thank you to my host father and my friends! I owe you one!

Switzerland:
As you may already know, the semester before studying abroad, I lived in the international dorm of my University, Northern Arizona University. In the international dorm, I met people from all over the world; Burma, China, Italy, Australia, France, Germany, Spain and of course Switzerland. So, throughout the semester I had planned to visit my good friend, Pia, in Switzerland and explore the amazing country with her. On Wednesday evening, May 30, I left on the Swiss Airlines from the Florence airport to Zürich, Switzerland. Only an hour later, I arrived in Zürich and was taken to the hotel. The following morning, she and her mother came to the hotel and showed us around Zürich, Lucerne, and all the way back to her home on the other side of the country, Bern. It was the most amazing experience eating dinner with her family, and enjoying the delicious Swiss food. Her father used to be a Swiss guard for the Pope of Italy, and it was very interesting to learn all about what he used to do. The next day, we went to Gruyere and watched them make the world famous cheese that comes from there. We also explored a castle and some beautiful mountain views. The following day, we explored her home city of Bern and walked all around the beautiful city. Then, on the last day in Switzerland, we took a train through the Alps, just south of Bern. It is one thing to visit a place and experience it through your own eyes, but another thing entirely to visit a place and be able to see it through a local’s eyes. After only five days in Switzerland, I felt as though I understood a lot about the culture and way of life that I would have been hard-pressed to understand in five days on my own. Thank you so much Pia for the most amazing weekend ever, and everything you and your family did for me.

Spain:
Also in the international Dorm, I met a few people from the south of Spain. Also, my host father, Fernando, is Spanish and comes from Valencia, Spain. So I made a Ryanair flight plan for the morning of Wednesday, May 6, to go by myself from Pisa to Valencia, and stay with my host father’s mother for a couple of days. In those two days, I explored all of Valencia, went into several monuments, saw an aquarium, and explored the parks and streets of the city. At the last minute, Pilar, my friend from Spain, contacted me and asked me what I was doing. I told her, that I was in Valencia for the weekend, and she told me “How can you come this far, and not visit me?” So the next morning I bought a five-hour train ticket to Jaèn, and stayed with Pilar for the next few days. She took me to a bullfight, to several amazing cities, one of which was Granada, and all over the amazing area. The landscape actually reminded me a lot of Arizona and the desert terrain that can be found there. Some of the very best olive oil in the world comes right from that area of Spain, and Pilar’s family actually own an olive tree grove. Again, the opportunity to see a place, a culture and a country through the locals eyes, allowed me to understand an enormous amount about all of the aspects of Spain, that would be hard to read about in a book, or write down in a blog. It is a culture of people that in the deepest part of their hearts are truly happy and loving people. There is a level of passion in them, that can only be paralleled by that of the Italian people. Well, to my knowledge and experience at least. A big thank you to Pilar and her amazing family for hosting me and showing me everything, as well as a huge thank you to my host father’s family and his brother, Victor, for showing me Valencia. It is truly amazing to have come back from my five months in Italy, having experienced not one, but three different cultures of Europe and to truly understand them.

Tuscany:
In one of the classes that I was taking in school (Yes, after all I did go to school in Italy too), I studied Creative Writing with Jeff. Jeff is an author and creative writing teacher that is actually from Boston, and not originally from Italy. However about 20 years ago he moved to Italy, and has lived there ever since. During the weekend of March 16, Jeff took our class on a tour through Tuscany and also to his home in the tiny town of Chiusure. We drove throughout the day between one beautiful place and another, and I had my camera ready at all times to capture the beautiful landscape. It was great to have gone again throughout Tuscany, on the roads I would soon be traveling on during my spring break excursion. Thank you Jeff and his wife, Valeria, for taking us all on a beautiful trip through Tuscany.

If you’re looking for the pictures that are usually at the end of my blog, then you have not yet watched the video. Go watch the video, most of the great pictures from these amazing weekends are contained in the video. I hope you enjoyed this lengthy blog about several major trips and excursions throughout my remaining months in Italy. Look forward to the next blog, the conclusion blog of Italy, where I travel with my Dad to Venice, and Naples and meet the family that we originate from. Also the Tuscany challenge in my Fiat 500 will be in the next blog.

Thanks for your support and following me! Can’t wait to share with you my next blog! So much cool stuff to share. Take care! Ciao!

Come on an Italy Excursion with me by Clicking Here!

Come on a Travel Workshop/Excursion with me by Clicking Here!

By liking my Facebook Page you’ll get updates about blog post, travel workshops, and other cool stuff!

“Life is not about the trail you follow, but the path you leave behind”
-me 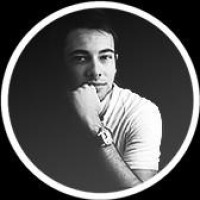 Adam DeSerio
Professional Photographer • Instructor • Graphic Artist • Web Designer • Entrepreneur — Follow me on Instagram, subscribe to my newsletter, and check out my other blogs and photos!